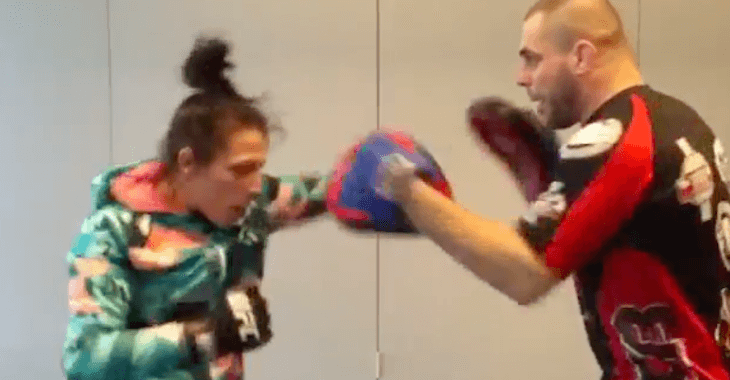 Joanna Jedrzejczyk is getting ready to defend her UFC Women’s Strawweight Championship this weekend in the co main-event of “UFC 193”. Valerie Letourneau will be standing opposite of her in the octagon and will be looking to dethrone the champion of her spot on top of the division, but the odds are stacked against her. Even though she is riding a four fight win streak, Letourneau has yet to defeat a ranked opponent in the UFC.

Jedrzejczyk, on the other hand, is undefeated and has finished her last two opponents who were easily in the top three of the division. Her speed is one of her biggest assets and she will have the speed advantage this weekend in Melbourne, Australia. “Joanna Champion” has released a training video showcasing just how fast she is, and it is SCARY!

Who do you think will be walking out of the octagon with the gold this weekend at UFC 193? Will Joanna Champion leave with her head held high, or will Letourneau shock the world? Share your thoughts and make your predictions in the comment section below!