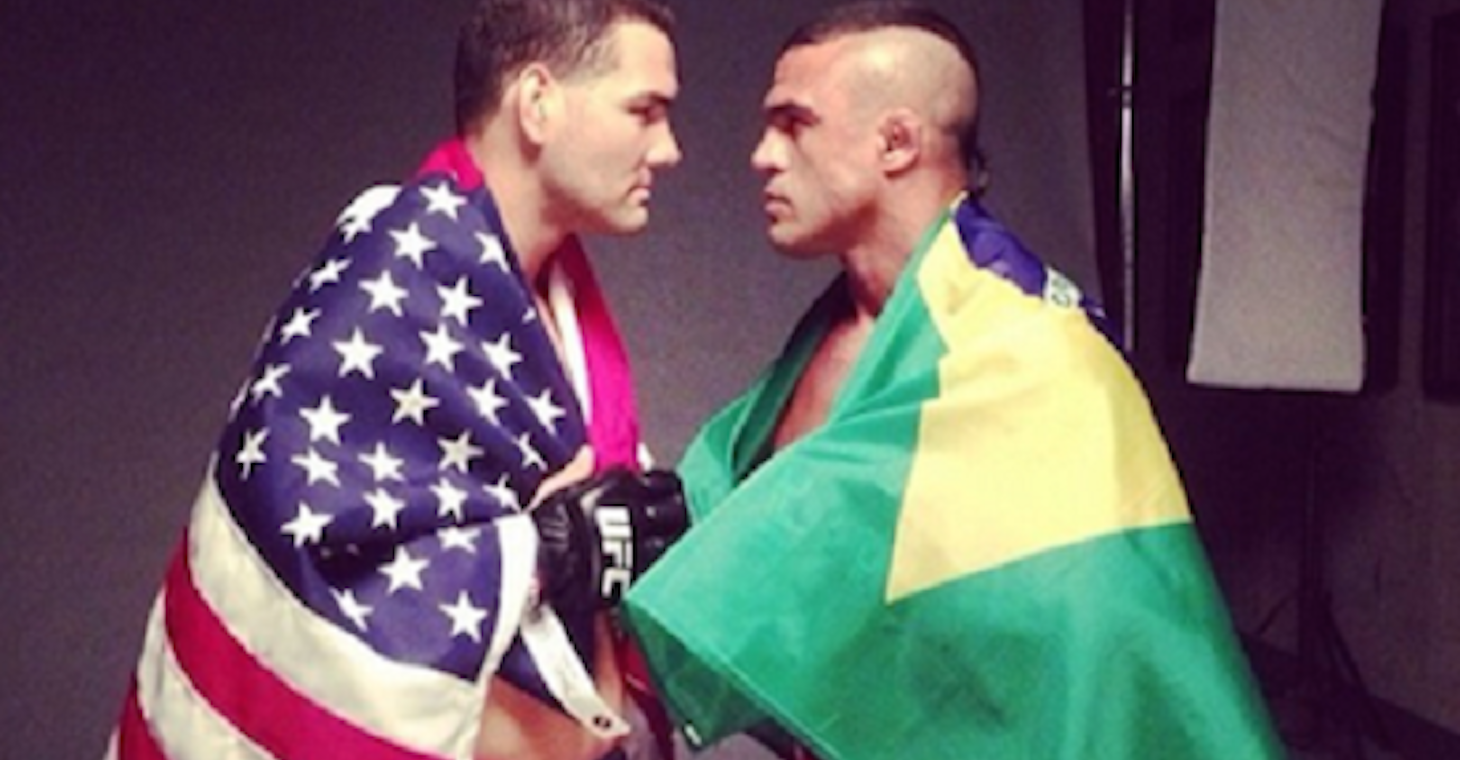 Chris Weidman may have just earned his black belt in Brazilian Jiu Jitsu, but his game has been off the charts for a while now according to his coach Renzo Gracie.

“Chris is so tough right now. His Jiu-Jitsu is beautiful”. Gracie told Combate. Gracie made the remark moments after he awarded Weidman his black belt.

Chris Weidman will be stepping into the octagon to face Vitor Belfort at UFC 187. The bout will be for the UFC Middleweight Championship and Renzo says Weidman is prepared for the Brazilian support in Las Vegas. “He says he loves all Brazilian fans, and the half that doesn’t like him.”

After being told that Vitor Belfort has a good chance at winning the gold, Weidman chimed in and said, “I know what waits for me. And I will be there to find it”.