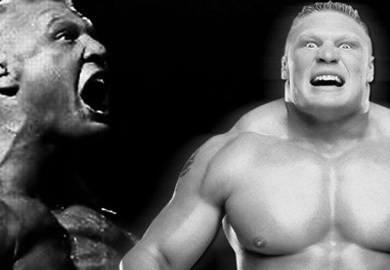 Former UFC heavyweight champion Brock Lesnar (5-3 MMA, 4-3 UFC) will have an opportunity to return to the sport of MMA (if he so chooses), this after his current WWE contract expires in the Spring of 2015.

The current WWE champion is now 37-years-old and has not fought since December of 2011, where he lost to former Strikeforce champion Alistair Overeem at UFC 141.

“It looks to me like he’s gotten back on track. He looks phenomenal strength-wise. He’s just scary looking. He’s more scary looking than he was before he left [WWE the first time]. I could identify with that diverticulitis and diverticulosis. It’s not something you heal from very quickly. Your body has to make major adjustments. I see no reason he couldn’t have the potential to return to the UFC and sell pay-per-views.”

A Lesnar return would surely help boost the UFC’s pay-per-view sales. Do you think we will see Brock back in the octagon next year? Sound off Penn Nation!