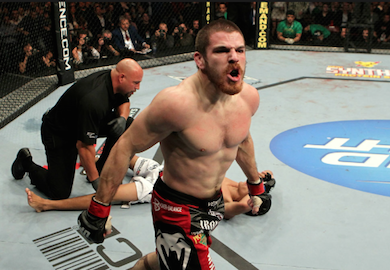 “It’s damn close to time for an interim title match. He’s a talented kid, but he hasn’t fought. He’s over there signing some big endorsement deals and he hasn’t defended. He’s making money and hasn’t even defended the title. That’s going to give him even less incentive to come back and fight. I don’t feel confident that he’ll fight by the end of the year. If he doesn’t, I think there should be an interim.”