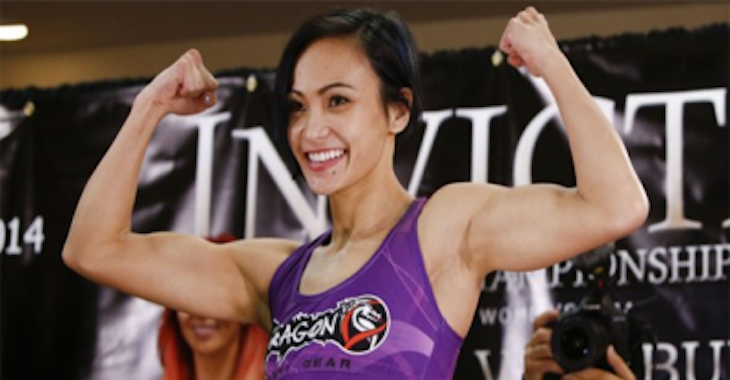 “I saw her try to flirt and bat her eyes at [UFC president] Dana [White] and [CEO] Lorenzo [Fertitta]. I asked Shelby, because he was there. I said, ‘Shelby, is she gonna come over?’ He said, ‘We don’t have anything yet.’ I said, ‘As soon as that happens, I want her.'”

“I’ve been asking for that rematch. That girl got lucky and she knows it.

“I shouldn’t have lost to her. It was like a one-in-a-million fluke.”

Penne and Waterson fought before in Invicta FC, where Waterson caught Penne in an armbar and took her title. Penne is still stuck on that loss and said she would have probably taken a fight with Waterson over a title shot if the UFC had offered it to her.