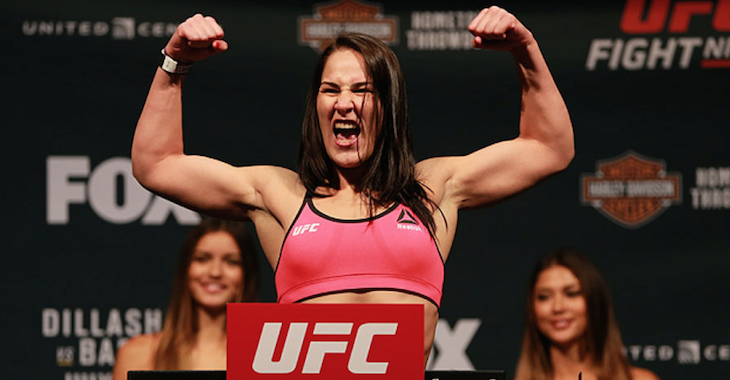 UFC bantamweight Jessica Eye recently talked about her personal life and how she grew up being bullied by her father.

Eye lost her most recent fight, a three round battle with Miesha Tate, but recently talked to Cosmopolitan about body image and what it was like for her growing up.

Here’s some of what she said:

“I define myself as not only an athlete, but as a strong woman who’s overcome so many things. As a young girl, I did not know my mother — I didn’t meet her until I was 16 years old. I missed out on some of the things that most females get to do, like talk to their moms about makeup. My father and my brothers raised me to be a tough tomboy. I was bullied at a young age and through my early teenage years by my father. My upbringing brought me to the greatest thing in the world that I’m so happy I’m doing: fighting.”

Check out the full article HERE.