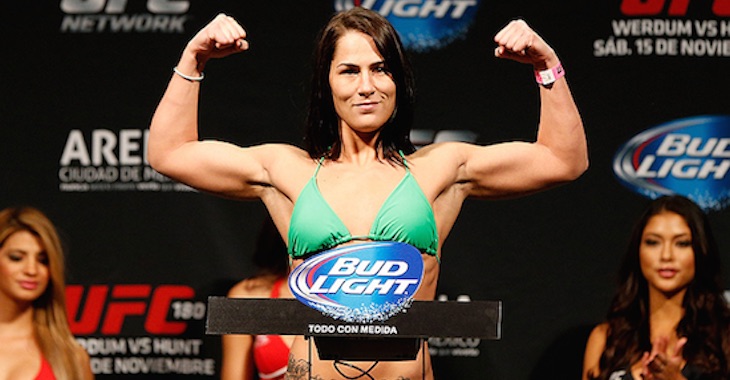 UFC bantamweight Jessica ‘Evil’ Eye is preparing to go to war with Miesha Tate on July 25.

But even before that fight, Eye can’t deny that she has big dreams. Eye recently talked to The MMA Road Show and revealed that she is already planning on fighting UFC champion Ronda Rousey and she even has a venue in mind.

“Madison Square Garden, baby. Me and Ronda Rousey. Come on now. Brunette vs blonde. Tough girl vs. tougher girl. I feel like it just makes sense.”

“I’m going to beat Miesha Tate, and I’m going to fight Ronda Rousey and get that title. I know that everybody is looking right now, and I know that this is the time. … Jessica Eye is here. The ‘Evil’ is here. It’s my turn.

“Everybody in this sport has a purpose. I just know what mine is.”