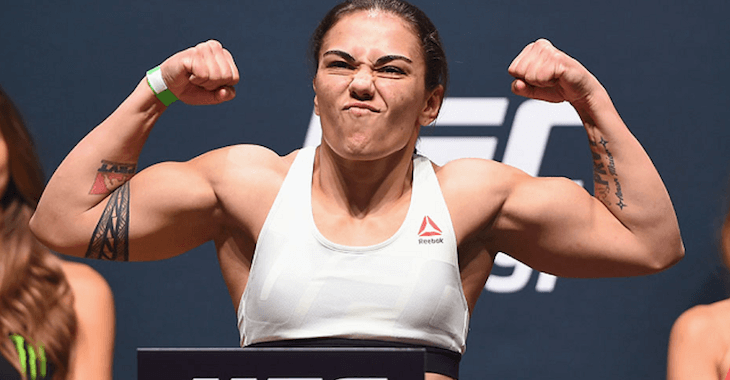 UFC bantamweight Jessica Andrade now plans on dropping some serious weight in order to get down to the strawweight division.

Andrade who’s fought at 135 and went 4-3 in two years has now decided to make the drop after losing to Raquel Pennington in her last outing. Just last year Andrade talked about a move down and could be quoted saying that it was too much weight for her to drop. Well something must have changed because now she’s all for it and has already started to make the change.

She told MMAFighting, “It’s easy. I expected it to be way more complicated, but I managed to stay at 132 pounds and eat well.”

Andrade does not have a fight scheduled and it’s unclear when she will be stepping in the octagon at her new weight.