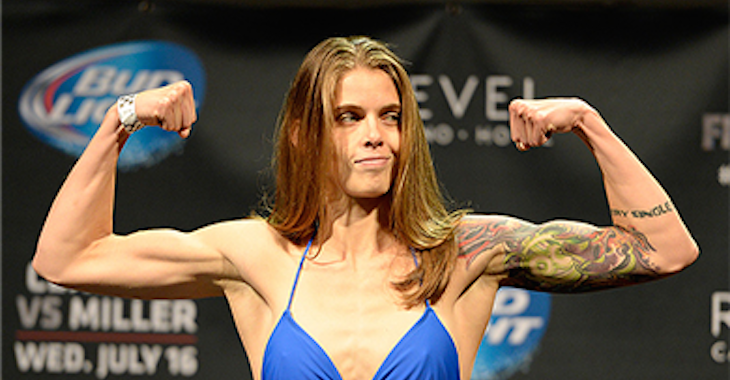 Jessamyn “The Gun” Duke was most recently seen in action at last year’s UFC Fight Night 45 event, where she suffered a first-round TKO loss to Leslie Smith. Prior to that, “The Gun” dropped a unanimous decision to the divisions current number one contender Bethe Correia at UFC 172.

Meanwhile, Elizabeth Phillips will also be looking to rebound when she takes on Duke this summer in Chi-town. The 28-year-old has suffered back-to-back losses, dropping split-decisions to Valerie Letourneau and Milana Dudieva in her most recent efforts. Prior to the setbacks, Phillips had won four straight fights, which included three stoppage victories.

Who do you have winning this women’s bantamweight fight? Sound off Penn Nation!