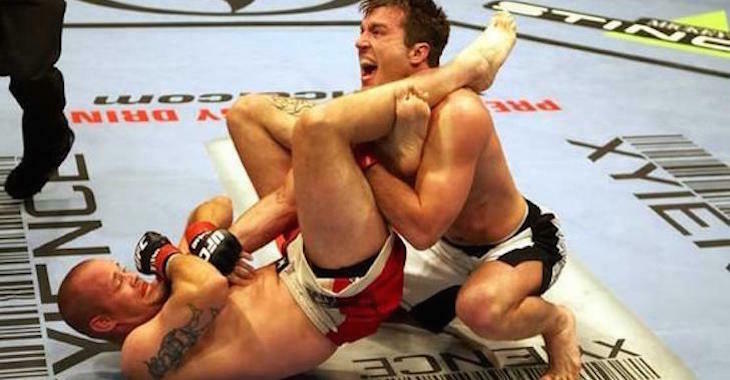 If you look up Jeremy Horn on the Internet, you’ll likely find that his MMA record is listed as 91-21-5. Yes, that’s 117 total fights. It’s seems like such a ridiculous number, even for someone who has been fighting as long as Horn, which is somewhere around nineteen years. The crazier part is that according to the Nebraska born fighter, that number is wrong and the amount of total fights is probably somewhere around 160ish.

“I started training long before the majority of MMA sanctioning bodies and websites recording them were around,” said Horn when asked about the number.

The 39-year-old fighter is gearing up for his next fight (118, 160 something, who cares) and recently spoke with BJPENN.COM.

It may be fair to say that Horn is the one of the last members of a rapidly shrinking group of fighters. Fighters that were there around the time that the sport really started to take off. Can you think of any one else? When asked the same question, Horn had a hard time thinking of others who are still fighting. Finally he recalled Ken Shamrock, who is set to meet Kimbo Slice in Bellator. So Horn might no be the last…yet.

Horn didn’t shy away from talking about retirement, but insisted that it’s nowhere in sight as of now. He sees a lack of motivation for certain aspects of the sport doing him in long before any drops in abilities occur.

Horn, who will face Tony Lopez at Sugar Creek Showdown 25: Apocalypse this Saturday, says he fights because he loves the sport and added, “Nobody wants to work at a day job. Let’s say you’re a video game tester, you play video games all day, how much better a job is there than that. In this case I love fighting, so I get to do what I like to do all day and it just so happens that I get to make money doing it, so I don’t have to work a real job.”

So when that fateful day does come and he decides to step out of the cage, how will Horn be remembered? If it were up to him it would he would just want to be seen as a “good person”.

“You know, I don’t really think about a legacy,” Horn said, “I train ‘cause I love it, I fight ‘cause I love it, I never really cared or thought much about how that’s perceived. I’m doing what I love to do and I will keep doing it until I can’t do it anymore. As far as how I’m remembered, I hope that I will be remembered as a good person that affected the sport in a positive way, you know, gave people some entertaining fights and trained some people to do well in the sport–that’s really all I’m looking for.”

Horn fought for a UFC title, but was never able to win one. Of course conversations like this come up all the time in sports. In the NFL, if a quarterback never wins a Super Bowl, or only wins one, should he be considered as one of the best? In this case I think it would be hard for anyone to argue that Horn doesn’t deserve to be seen as a true legend, but does it bother him that he never grabbed that gold?

“Obviously at the end of the day everybody would like to win a UFC title, that’s nice,” admitted Horn, “but I fought for the title once, against Shamrock, but I really don’t care. People know, like when you fight and you fight the right people, the people who matter know what those fights mean. So I don’t really care what title or what recognition I have, other than, like I said, I hope that I’m remembered as somebody who was a good ambassador to the sport.”

Horn is currently the light-heavyweight champion of SCS and says he’ll probably end up fighting Lopez again at heavyweight, in order to take that belt too because Lopez is the promotions current heavyweight champ. Horn is still going strong in the sport and actually says, at 39-years-old, that he still has yet to reach his real potential.

“I personally feel like I have yet to fight at the potential that I feel I am capable of. I’m sure all fighters say that but every time I look back at a fight I feel like I could have done better.”

His opponent for Saturday, Tony Lopez, is 36-17-0. We asked Horn about the fight to see if he had any sort of game plan going in. Horn said it’s probably not a surprise what he’s planning on doing, given his background, but he’ll just sort of see how things go.

“I try to be as well-rounded as I can be. Obviously predominantly I’m a grappler, so that’s going to be my game plan but I’m far from helpless on my feet, so we’ll just kind of play it by ear.”

Horn trains out of his own gym, Jeremy Horn’s Elite Performance, in Salt Lake City, Utah and says that even after his final fight does take place, “I don’t see how I could not be in the gym until the day I die.”

Make sure you guys tune into Horn’s fight this Saturday, Mar. 28 at Sugar Creek Showdown 25: Apocalypse. The fights can be streamed online at GFL.tv.