Joanna Jedrzejczyk handed Jessica Penne one of the worst beatings of her professional fighting career this past Saturday at “UFC Fight Night 69”. It almost looked like Penne never got out the gates as Jedrzejczyk was hounding her from the opening seconds. 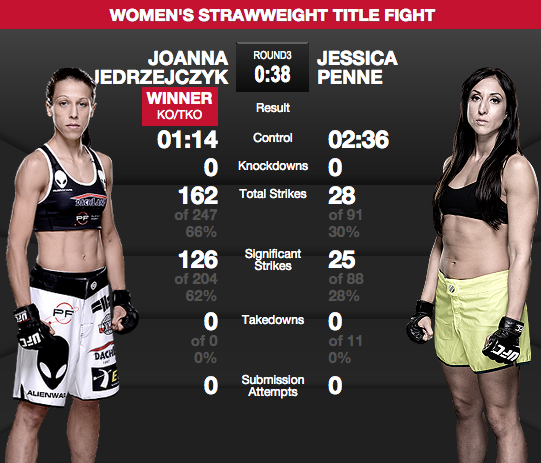 Jedrzejczyk landed 134 more strikes than her opponent in her first UFC Strawweight Championship defense. Do you think she will find the same success in her next fight? Share your thoughts in the comment section below!