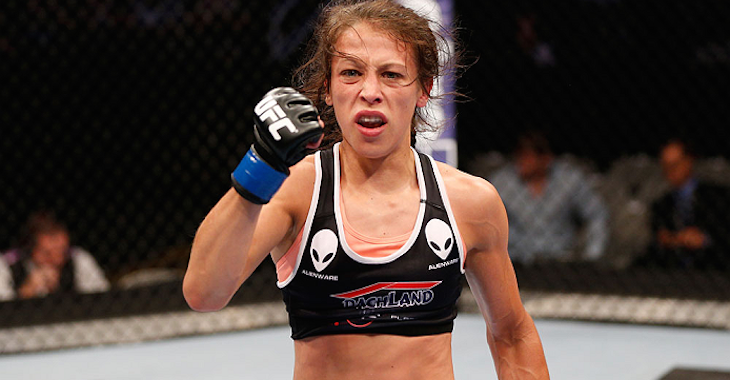 Joanna Jedrzejczyk is set to defend her Women’s Strawweight Championship this weekend against Jessica Penne at UFC Fight Night 69. Jedrzejczyk’s first title defense is no walk in the park, but she is confident she will be able to make it past Penne this Saturday when they meet in Berlin, Germany.

“I’m coming, Jessica. You [haven’t] had that good of opponents in the cage,” Jedrzejczyk said as a guest on MMA Hour. “You’re going to feel the Polish power. I am coming. I am the champion and I am coming. I’m coming for you, Jessica.”

Penne has proven that she is a worthy contender for the championship when she won her sole UFC bout against Randa Markos by way of split decision. Jedrzejczyk isn’t worried about Penne’s track record, though.

“She’s a pretty good fighter, and she’s No. 3 in the rankings, so I think she’s the right person,” Jedrzejczyk said. “I’m very happy. It’s going to be a very interesting fight for me, for her, and for you… because I’m very good.”

Who do you have walking out of the octagon with the gold? Share your thoughts in the comment section below!