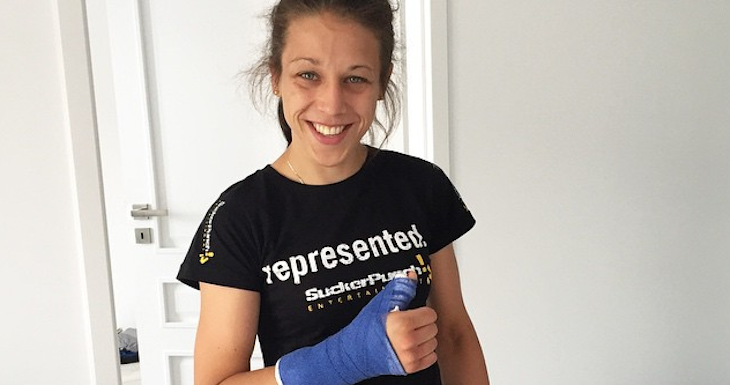 Joanna Jedrzejczyk successfully defended her UFC Strawweight Championship for the first time this past Saturday on UFC Fight Pass. Jessica Penne failed to take Jedrzejczyk down and she was bloodied in the process. Jedrzejczyk picked up the TKO victory in the third round and looked to walk out without a scratch, but she took more damage than she thought.

Jedrzejczyk’s co-manager Shu Hirata informed MMA Fighting she broke her thumb on her right hand and may need surgery to repair it.

It is not clear when she broke her thumb, but you could see her wincing in pain when a fan raised her hand after the fight as she was walking backstage. Still, she’s all smiles and for good reason… She’s still the champ!