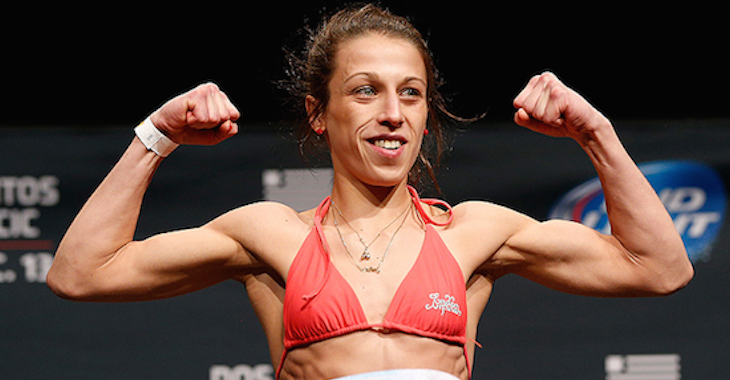 The two had a heated staredown last week in promotion of the event, and now Joanna is speaking up and proclaiming herself the future champ.

“Soon, they’re gonna call me Joanna Champion. Before the fight with [Claudia] Gadelha, I told her that I am No. 1 and I did it in the fight. I showed her that I am the best. Now, I’m going to do the same thing with Carla.”

The two females will serve as UFC 185’s co-main event in Dallas.