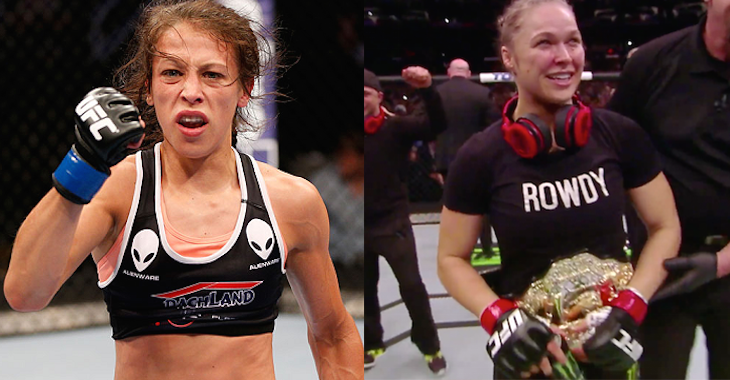 Ronda Rousey and Joanna Jedrzejczyk both sit atop their weight class as champions, but new challengers are constantly popping up to challenge them and their spot on the throne.

Joanna Jedrzejczyk may be only four fights into her contract with the UFC, but she has already captured the hearts of anybody who likes watching a true fight. As a matter of fact, UFC Women’s Bantamweight Champion Ronda Rousey gave “Joanna Champion” a shout out after her impressive victory, then proceeded to one up her with a dominant victory of her own.

Rousey’s disposal of Bethe Correia at UFC 190 was unlike anything we’ve seen before from the champion. She has finished opponents quicker, yes, but none of her previous fights blew up in mainstream media like her bout in Brazil with “Pitbull” did. The victory struck fear into men and women around the world, and Jedrzejczyk has shared with the perfect gameplan on how fighters should prepare for herself and “Rowdy”:

Claudia Gadelha will challenge Joanna Jedrzejczyk for her strawweight title while Rousey will square off with Tate for a third time in the near future. Who do you think will walk out with the gold in both fights? Share your thoughts and predictions in the comment section below!