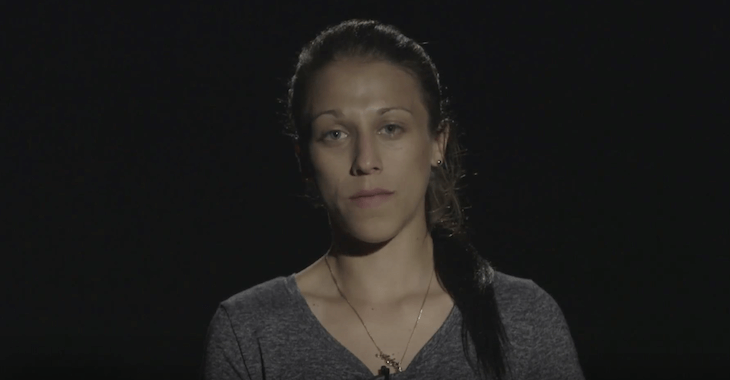 Valerie Letourneau may be content playing the role of underdog for her UFC 193 co-main event bout against Joanna Jedrzejczyk, but according to ‘Joanna Champion’ Letourneau is definitely scared.

The champ spoke to MMAJunkie at the UFC 193 open workouts yesterday.

“I could see in her eyes she was acting tough,” the champ said after an open workout in support of her co-headliner opposite Letourneau at UFC 193. “I was like, f-ck, this chick is acting tough.”

“I met her again in Australia. C’mon, man, I could see it in her eyes. She’s afraid already, believe me. But it’s going to be a real war.”

To get ready for the bout, catch our in-depth analysis by clicking THIS LINK!