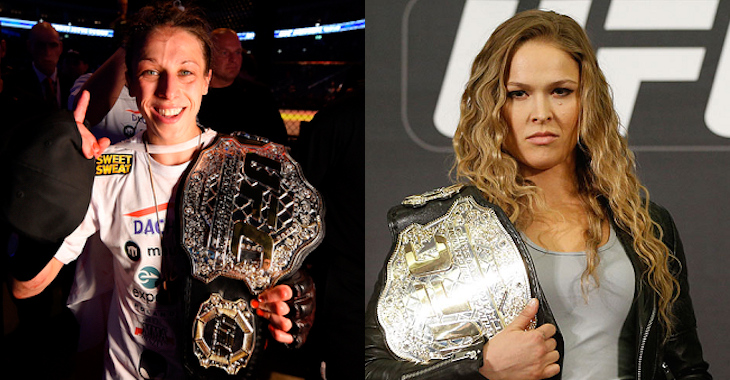 Joanna Jedrzejczyk’s recent performances inside of the octagon have helped her take the world by storm and she could be on her way to superstardom. Jedrzejczyk showed potential to be the company’s next big star when she dominated Jessica Penne at UFC Fight Night 69 after putting on another vicious performance.

The win even got praise from UFC Bantamweight Champion Ronda Rousey who called Jedrzejczyk a “badass”, then proceeded to call her a real fighter’s fighter.

During the post fight press conference, Jedrzejczyk recognized that she was drawing comparisons to Rousey and told the media, “I follow Ronda… I’m a big fan of her. She’s simply the best for me. I want to be Ronda Rousey in the strawweight division. But I’m JJ Champion.”

Jedrzejczyk wants to create a path of her own; Which opponent do you think would be the best matchup for her to prove she’s a dominant champion?