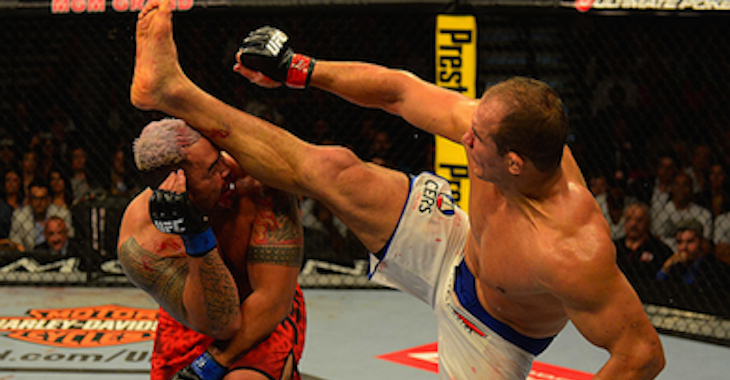 Former UFC champion Junior Dos Santos is in a perfect postion to be the next heavyweight title challenger, according to himself.

With Fabricio Werdum beating Cain Velasquez last weekend, Dos Santos believes that he is an obvious choice for his first challenger.

“I’m working towards that, no doubt about it. I think this result benefits me a little. I can’t say I was cheering for Werdum or Velasquez, it didn’t matter to me. But people were saying it wasn’t the time for a fourth fight with Cain, so I was against the politics. Now, if I’m next on the rankings, I must fight the champion. I think this Werdum win clears up the division and I can get this title shot I want so bad.”