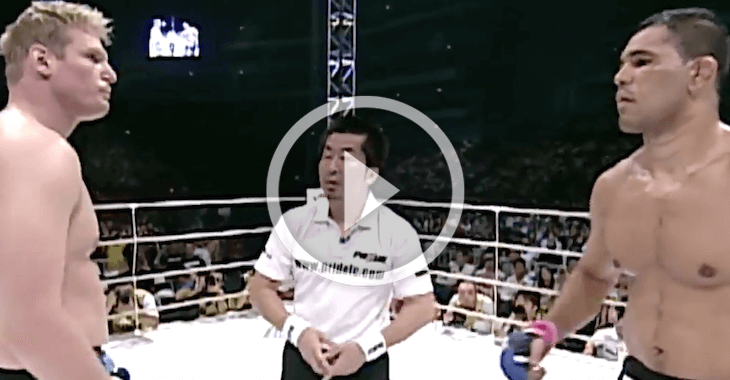 UFC heavyweight contender Josh Barnett (33-7 MMA) will fight in Japan for the first time since 2010 this weekend, when he squares off with Roy Nelson (20-11 MMA) in the headlining bout of UFC Fight Night 75.

Barnett became a superstar in Japan while fighting under the PRIDE banner, posting a record of 6-3 with the promotion, while battling the likes of Antonio Rodrigo Nogueira, Mirko Filipovic, Aleksander Emelianenko and Mark Hunt.

“The Warmaster” recently revealed his favorite fight from the PRIDE era, check it out in the video below:

What was your favorite Josh Barnett fight from PRIDE? Sound off Penn Nation!