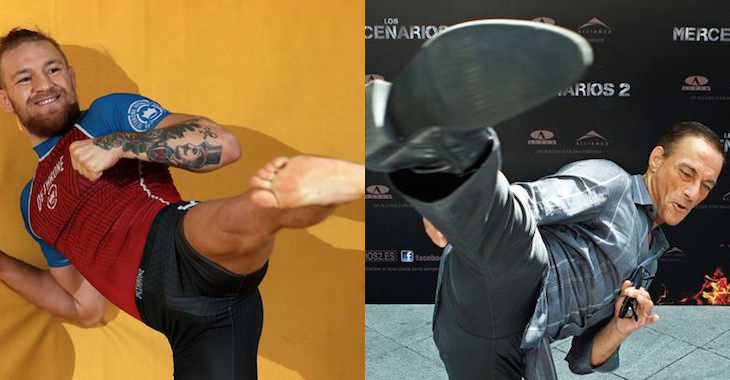 Conor McGregor is on the verge of competing in the biggest fight of his career, against Jose Aldo at UFC 189 for the UFC featherweight title, but this action movie star says he can help the Irishmen take his game to the next level.

Yes, Jean-Claude Van Damme thinks he can work with McGregor and help improve his striking, in particular, his kicks.

While talking to Bruce Buffer on the It’s Time! Podcast, JCVD spoke highly of McGregor:

“McGregor is a great fighter if he can use his legs as good as his fists. What he has that not too many people have is the eye. [Fedor] Emelianenko was not really in shape, but his eye. He’s got that, but what McGregor has is hunger and he’s training every day. After this fight I would love to spend some time with him to elevate the knee even better and not make mistakes. Turning around like that, it’s fantastic. He’s got the speed but a guy like Aldo can get inside him. That’s dangerous.”