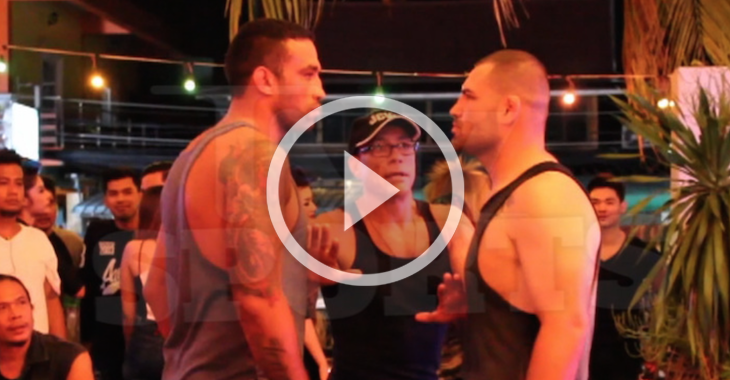 So, this clip is a little confusing. It looks straight out of movie, with Jean-Claude Van Damme stepping between UFC heavyweights Fabricio Werdum and Cain Velasquez who awkwardly bump into each other. Van Damme’s wearing a hat with his initials on it and that would be weird to wear in a movie, but what else could explain the awkward and seemingly staged incident?