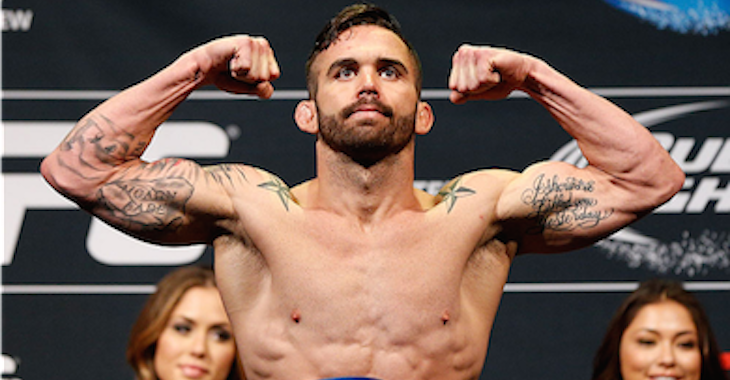 One of the topics discussed a lot amongst the MMA community is the threat of severe head trauma or brain damage caused by a plethora of shots to the head. Many fighters have been vocal about the topic, including Brian Stann who retired in 2013.

Now, former WEC champion and top UFC lightweight Jamie Varner, who retired at the age of 30, is speaking out about the dangers of taking too much damage to the head. Varner recently spoke with CageFanatic.com about his shortened career and what he would say to younger fighters about the issue. Check out some of what he had to say below:

“My career got cut short because I was sparring three days a week, with bigger opponents. I had Ryan Bader, Aaron Simpson, Carlos Condit. Those were my sparring partners from like 2006 to 2010. So I had a lot of head trauma just sparring with those big guys.

“If I could give any advice to young, upcoming fighters – you’re a fighter, you don’t need to spar to prove how tough you are. So spar once a week.

“Sparring is a tool that is used to work on game plans, and to see where you are condition wise, cardiovascularly. You don’t need to spar three days a week to prove you’re tough. You’re fighting in the UFC, you’re obviously tough … That’s ultimately what cut my career short.

“But you know what? I had an awesome career. I won big fights. I won a world title. I am happy with what I accomplished.”