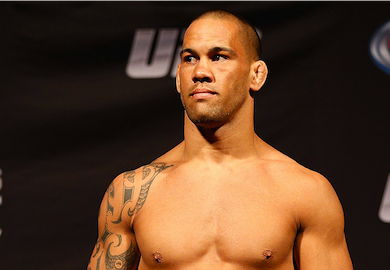 UFC middleweight James Te Huna is still reeling from his submission loss to Nate Marquardt on June 28th. However, the New Zealand native will now have to undergo shoulder surgery and will likely be out for a year. Te Huna spoke with Stuff.co.nz.

“I’m having surgery on Tuesday. I’ll be out for about six months and I won’t be fighting for about 10 months.

“It’s very frustrating but I’ve been there before. I’m a fighter … it’s what I do.”