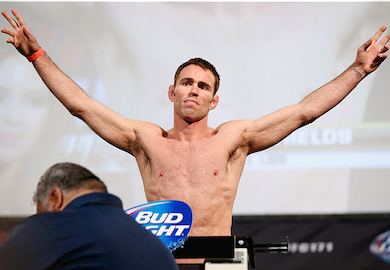 In a recent interview with sherdog.com, Jake confirmed his intentions to stay at welterweight and thinks a title shot should be in his near future.

“I was a little bit annoyed and a little bit irritated, but it’s not that big of a deal. It is what it is. You’ve just got to move on. A year or two ago it would have been really bad, with no options, but I think right now MMA is starting to blow up outside the UFC. World Series of Fighting seems to really be doing good things and we were lucky enough to work out a deal with them and move forward with my career at that point.”

“I would think I would be up for a title fight in one, two at most. I’m still a name. I’m arguably top 10, so it makes sense to put me in for a title fight pretty fast, but at this point I’m not too worried about it.”