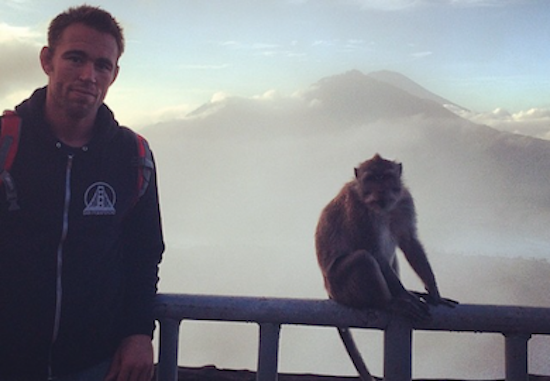 Former Strikeforce middleweight champion and UFC title challenger Jake Shields is now fighting in the World Series of Fighting. In Shields debut with the promotion he went up against the WSOF Canadian welterweight champion Ryan Ford. Shields submitted Ford in the first round via rear-naked choke. Now the submission ace is back and looking to keep his winning ways going.

Shields was a guest on the latest episode of BJPENN.COM Radio and spent some time talking about his upcoming fight against fellow UFC alum Brian Foster, “I want to go out there and make another statement and get a quick finish.” said Shields.

Shields admitted that when he took the fight he didn’t know who Foster was, or at least he had yet to see any of his fights.

“I took the fight having never watched Brian Foster fight,” said Shields, “He’s a name I’ve heard mentioned quite a bit, but never watched him fight. I accepted the fight and started watching the videos and he’s actually, I think he’s a lot better fighter than I originally anticipated when I accepted the fight. He’s got good hands, good submissions—he has really good transitions between his striking to his submissions so he’s able to catch them quite a bit. It’s a fight that I’m excited about.”

Shields thinks it’s a tough fight for several reasons. One being that he feels the pressure to win because he’s expected to in a lot of peoples mind and second, Foster is just a dangerous man.

“It’s a tough fight too because I’ve got a lot more to lose than gain. It’s one of those ones where I’m expected to go out there and win, these ones are tough, especially after watching Foster and realizing he is a really dangerous fighter. He’s a guy with like 21 or 22 finishes. I definitely did not take him light.”

When asked how he deals with those expectations Shields elaborated a little more, mentioning that members of the media are already asking him about challenging WSOF welterweight champion Rousimar Palhares.

“Half my interviews people are already talking about Palhares, which you know, the fight is intriguing, but it’s like I don’t want to look past Brian Foster. Obviously I plan on winning but I have a legit fight in front of me.”

Of his opponents 6 losses, 5 of them are due to submissions. With that being Shields’ specialty, he said that he looks at that as an opportunity for him, especially since he believes his ground game is a lot better than those 5 fighters who have submitted Foster in the past.

“He’s been tapped out by guys that I feel like my submission game’s a lot better at.”

“I’m certainly not scared of him, I like to go out there and yeah I like to take a guy down because I know I’m a lot better on the ground and I’ll be able to submit him, but I’m not scared to strike with him either.”

Check out the full interview HERE!