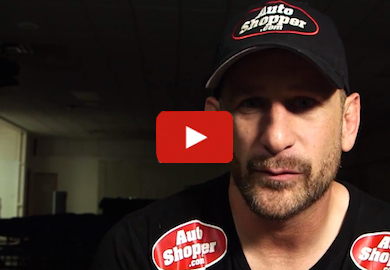 “Oh, that’s not good. Fishhook? Well, you have to give Bryan the benefit of the doubt. I hope he didn’t do that on purpose, but things happen I guess. The bottom line in ‘Goyito’ made a mistake, and he learned from that mistake I hope. We won’t be shooting from across the cage again.”

“He was clearly doing very well on his feet, but for some reason he transitioned into a takedown. I think that shooting in from far away and stuff like that is just ‘Goyito’ getting his feet wet, so it was a learning experience for him. I thought we were winning the fight until then and Caraway did a great job of capitalizing on a mistake.”

If you missed the fights over the weekend, Bryan Caraway did some illegal stuff during his main card fight in Albuquerque. (Replay HERE)