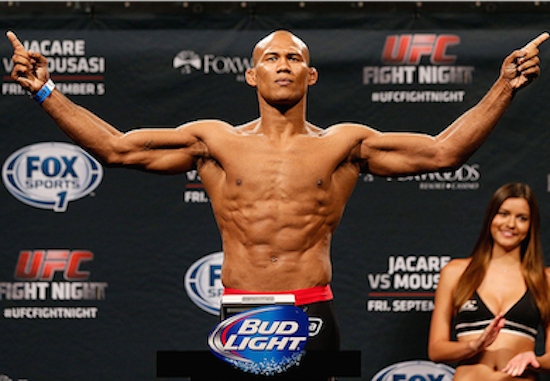 The UFC’s return trip to Los Angeles continues to take shape,today, with the addition of a middleweight contest between Yoel Romero and Ronaldo ‘Jacare’ Souza.

UFC 184 is going down from the Staples Center, in Los Angeles, and will feature a middleweight main event between Vitor Belfort and Chris Weidman. In the co-main event Ronda Rousey faces Cat Zingano.

“Jacare” Souza is on the cusp of a title shot, and instead of waiting his turn, the Brazilian has agreed to jeopardize his place, and face the very dangerous Will Romero.

Romero is a talented prospect, rising through the UFC’s middleweight ranks. He most recently took out Tim Kennedy via TKO in the third round of their bout, and is currently 5-0 inside the UFC’s Octagon.