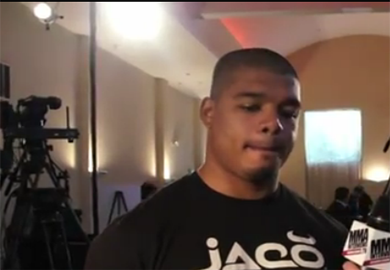 The fighters of the “It’s Showtime” kickboxing promotion put on an amazing display of action earlier today from Brussels, Belgium.

A two part event took place which will be labeled as two different shows (It’s Showtime 57 and It’s Showtime 58) and the cards were stacked from top to bottom, including an exciting main-event that saw Peter Aerts return to the ring for only the second time since his loss to Alsitair Overeem in the K-1 World Grand Prix Finals two years ago. Part one was available on pay per view through the company’s website and on The Fight Network, while part two was available through those two sources as well as live on HDNet.

In the co-main event of part two, Daniel Ghita put on an absolutely dominating performance as he finished Dzevad Poturak with a liver kick in Round 2. Ghita proved to the kickboxing world that not only does he deserve the It’s Showtime Heavyweight Championship, he also deserves to be viewed as one of the best in the sport right next to guys like Badr Hari and Semmy Schilt.

The main-event was a similar story, only in favor of Tyrone Spong. Despite the fact that Peter Aerts had all the momentum going for him as he was near his home town, Spong was simply too much for the veteran. Whether it was ring rust or poor conditioning, Peter Aerts was clearly affected by fatigue throughout the fight. Spong eventually knocked down Aerts in the third round with a series of impressive strikes, and Aerts answered the 8-count. The referee saw that Aerts was not all “there” and decided to wave off the fight, giving Spong his fourth victory in a row.

After the bout, Aerts announced that he signed a six-fight deal with It’s Showtime so retirement is not on his mind right now. He asked for an immediate rematch with Spong, to which Spong accepted if the money was right.