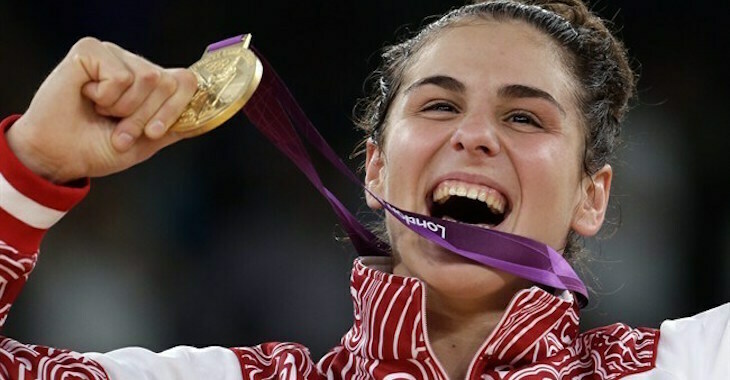 Yes, the names Miesha Tate and Cristiane ‘Cyborg’ are way more appealing than Natalia Vorobieva, but that’s because you haven’t heard of her yet.

UFC bantamweight champion once again showed her complete dominance and KO’d Bethe Correia in 34 seconds at this past weekends UFC 190. She’s already tapped to fight Tate for the third time, but who’s excited for that fight? And Cyborg, well, let’s not even go there. So who’s left to perhaps bring an actual challenge to Rousey? Currently in the UFC, perhaps no one. Holly Holm is a big name thrown around because she would obviously have the striking advantage. Well that was before we all saw what Rousey could do with those hands. So how about some new blood, how about an olympic gold medalist from Russia who trains with UFC and M-1 Global MMA fighters Khabib Khabib Nurmagomedov, Islam Makhachev, Vyacheslav Vasilevsky, Mikhail Malyutin, Ali Bagov.

She won the gold medal at the 2012 Olympics, she’s 24 and she’s expressed interest in competing in MMA before. Am I saying she would beat Rousey? No. But if the UFC has any interest in putting on challenging fights for Rousey than they need to start looking for top tier talent, not fighters who beat two of her friends than called her out. Rousey very well may be the best fighter in the world, but we need to see her against the very best talent to secure that claim. What do you guys think?