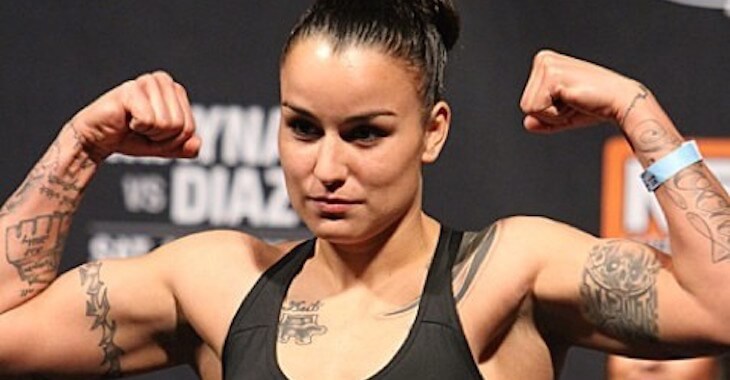 Something was visibly different about UFC bantamweight fighter Raquel Pennington at this past Saturday’s UFC 191.

She fought Jessica Andrade, who was the favorite going in, and ended up beating her in the their rematch. A story that came out after the fight was that Pennington said she had to cut off some of her hair just to make weight for the fight.

Some fans noticed a different change in her look during the weigh-ins. Pennington had a very visible ‘Tapout’ tattoo on her left bicep and when she showed up for UFC 191, it appeared that it had been removed.

Of course, when it was realized that the tattoo had been removed fans immediately began speculating that because it was a brand logo, the UFC must have forced her to get it removed, because of the Reebok deal.

That would be quite the story if it was true, but according to posts on the fighters social media, it was simply just a choice that she made.

Crazy zap session always cool how it turns white at first. Hopefully one of the last treatments on this one and it will be gone. Fingers crossed