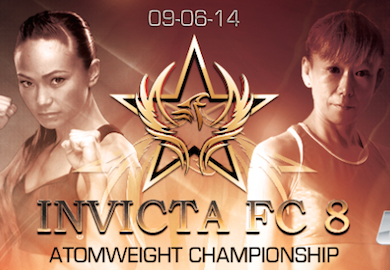 The Invicta Fighting Championship is set to make the UFC Fight Pass debut this evening with, “Invicta FC 8: Waterson vs. Tamada”.