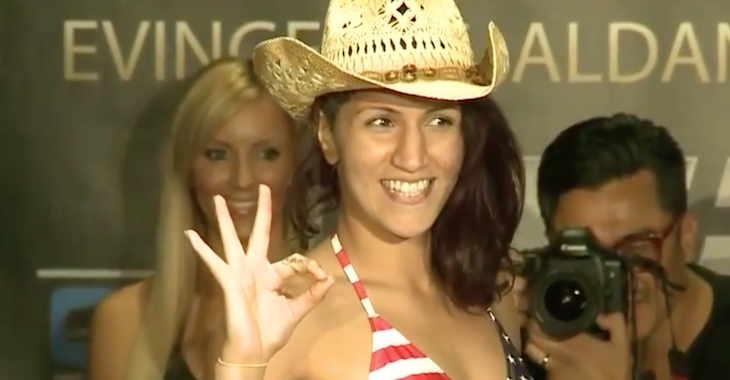 Kianzad landed a nice right hand, then the fighters clinched and Clark pushed the fight to the cage. Clark kept the position for a while, then the referee separated them. Kianzad landed a few big punches that caused Clark to move back. They moved in and clinched. Kianzad got to the back, standing up. Clark was able to eventually turn and gain position, pinning Kianzad on the cage. The referee separates them again. Kianzad landed a nice left hand. They both exchange punches, then late in the round Kianzad gets the takedown and stays on top until the round ends.

In the second Kianzad really started to land on the feet, with punches and knees. Kianzad gets the fight to the ground and works from half guard. She then moved to side control. Clark was able to get her back to half guard. Kianzad tried to lock in the crucifix position, but Clark broke out. Kianzad went for a inverted triangle choke, but lost position and ended up on bottom. Kianzad moved fast and got the reverse right away, going back on top. Clark grabbed an arm and went for an armbar, but lost it. Kianzad stayed on top until end of the round.

In the third the entire round took place on the feet, with Kianzad landing constantly and with big combos.