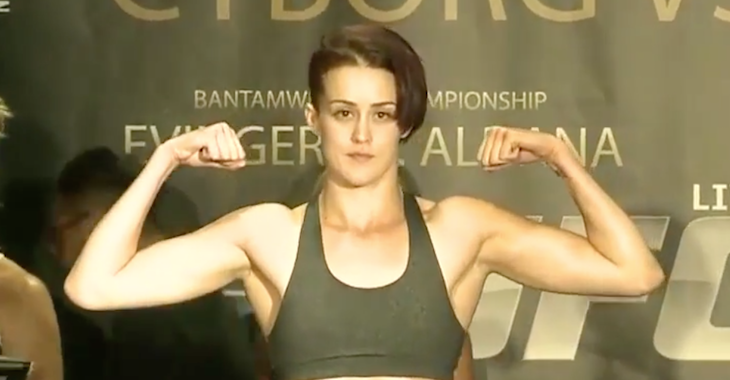 In the first fight of the night Ronda Rousey’s teammate Marina Shafir took on Amber Leibrock.

The fight certainly didn’t last very long. Both fighters came out and felt each other out. Leibrock caught Shafir with a big punch that drops her back. Leibrock moves in and Shafir goes for a leg lock right away. Leibrock, standing over her just starts unloading with right hands. Shafir refused to let go of the leg and just ate punch after punch until she went limp and the referee stepped in.

Rough loss for one of The Four Horsewomen.

RESULT: Leibrock wins via TKO (punches) at :37 of round 1