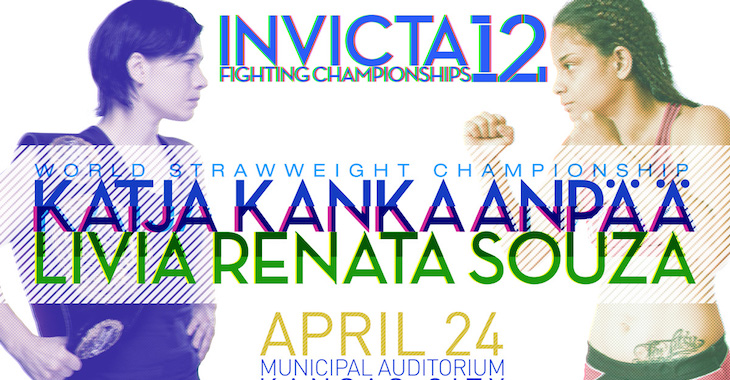 Invicta FC 12 took place LIVE from the Municipal Auditorium in Kansas City, Missouri earlier today. The main event saw Livia Renata Souza submit Katja Kankaanpaa in the fourth round of their battle! Check out the full results below and let us know what you thought of the card!