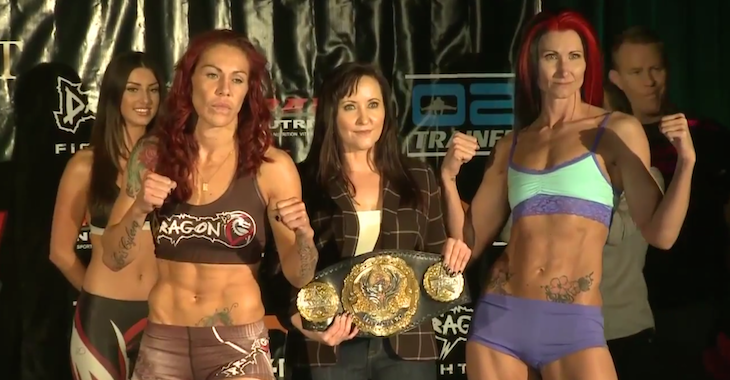 There was no feeling out process for Cyborg tonight as she blasted Tweet with punches in the opening seconds of the round. Tweet refused to back up and she tried to trade shots with Cyborg, but she failed miserably.

Cyborg floored Tweet with a right hook and Tweet crashed to the canvas. Cyborg followed her and tried to finish the fight on the mat, but Tweet showed a great amount of heart as she was eventually able to make it back to her feet. The fight did not last much longer once she got back up, though, as Cyborg pinned her up against the fence and blasted her with body shots to end the fight.

After the fight, Cyborg said she will try to make the weight cut to 135 so she can fight for the Invicta FC Bantamweight Championship.

Cristiane Cyborg Justino def. Charmaine Tweet by way of TKO (Strikes) :46 of Round 1