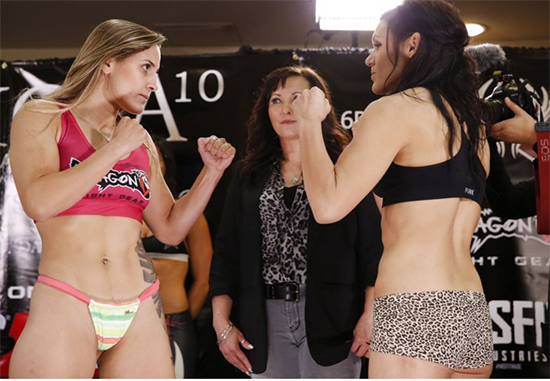 DeAnna Bennett and Jennifer Maia brought the crowd to their feet with their fifteen minute fight of the night performance. Even though it was a one-sided affair in favor of Bennett, Maia brought the fight and did not back down for one moment.

Maia may have taken the center of the cage for the majority of the bout, but it was Bennett who controlled the pace of the fight and dictated where it went. Whenever Maia would step in for a takedown or for a combination, Bennett would cut her off with a straight kick to the body, making sure she never got within a comfortable striking distance.

Bennett’s jab was the story of the fight tonight and she picked Maia’s offense apart with it. When the judges’ decision was read, it was no surprise when Bennett had her hand raised.