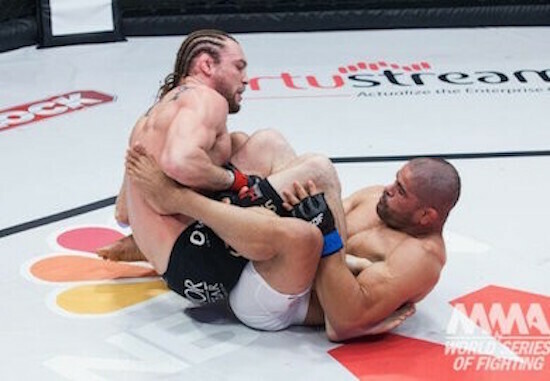 Rousimar Palhares is arguably the greatest leg lock submission artist in the world today. Of Palhares 14 submission wins, 11 of them have come by way of leg lock.

One thing Palhares is criticized for however, is that he holds the submission for too long after his opponent submits, something he again was criticized for after his kneebar win over Jon Fitch this past weekend.

He spoke after the bout to explain why he feels he is unfairly criticized.

“I still have to deal with those critics, but I don’t understand why people try to humiliate me like that. I just go inside the cage to try to be the best I can be. I don’t hold submissions.”

“You can see fighters punching opponents two or three times after they are already knocked out. For an example, see for how long Ronda Rousey holds her armbars. I don’t think she’s wrong. In this sport, you won’t survive if you don’t lock the position really tight. I believe I did what I should have done to win. I didn’t do anything wrong. They are just trying to humiliate me because I submit people, or for other reasons I don’t know.”

“I feel they wait for me to do something and then they go after me, but in reality nobody wants me to win. They prefer to criticize me instead of applaud me because they feel better this way. They are nothing. They live by other’s images, and they try to put me at their levels with that. I can’t stand it.”

“I might be at the best moment of my career, but time will tell.”

What are your thoughts on how long Palhares holds onto his submissions? Sound off below!