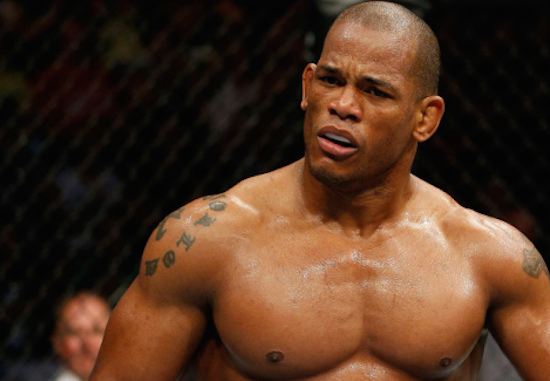 “No one’s calling me out. They had to sign somebody from another organization to fight me. It looks like I’m a ghost or something.”

“I love Robbie. Me and Robbie’s different than me and Tyron Woodley. You have no clue what happened there, but I love Robbie. I don’t know if you know this, but I wanted him to win the belt. I knew he was going to win it.

“Nicest guy around, I like him a lot. Now that he’s the champion, well I liked him before he was the champion. All the best for him.”

“I’ll fight my mom. He’s the champion we’ve got to respect that. I’ve got to fight Josh Burkman on Saturday night and then we’ll go from there. Like I said before, mine and Robbie’s situation is different than me and Tyron Woodley.”

In a recent interview with FOX Sports, Hector Lombard talked about the difficulty he has finding opponents to fight him.