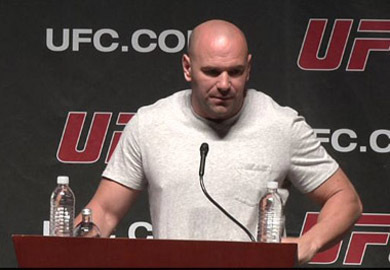 “Silva said he wouldn’t fight Chael either. He will be in Montreal on Saturday night and if GSP wins, they’ll fight. When we go to Dallas, I want to bring the right fight there. I think it is either GSP-Anderson or Anderson-Jon Jones.”