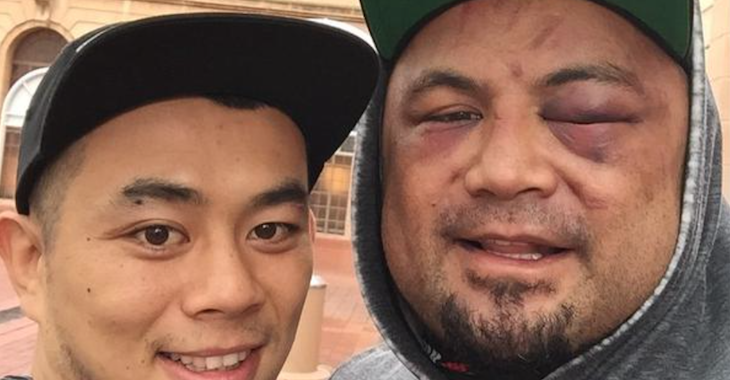 Mark Hunt (10-10-1 MMA) took a brutal beating from Stipe Miocic in the headlining bout of this past weekend’s UFC Fight Night 65 event in Adelaide, Australia.

Miocic landed a UFC record 361 total strikes on “The Super Samoan,” before the referee finally put a halt to the fight with two minutes remaining in the fifth-round.

Following Saturday’s event, many fight fans were left wondering if that was the last time they would see Hunt throw down inside the octagon.

Well, just days after the fight, Hunt has already declared that he will return to the UFC, as he told 3 News:

“It was a hard night in the office, but I took the beating like a man. I got caught fighting with my energy levels down and you can’t make this mistake at the top level.

There is nothing wrong with me, I just look bad. The UFC looks after you really well, checking you up, but I’m good. It’s not an easy way to make a living, it was a hard night at the office, but I accept my outcome as a fighter.

I got beat down by Stipe, and it will take a couple of weeks before the bruising goes down and I’ll be back to normal again. I’ll be back to training in about three weeks.”

The former K1 Champion, Mark Hunt, is now 41-years-old and likely very close to the end of his memorable career. Who would you like to see “The Super Samoan” face next?