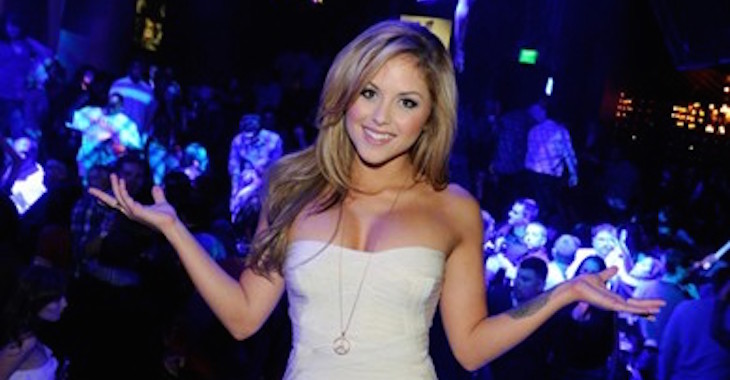 UFC octagon girl Brittney Palmer’s husband was arrested for attempted murder, stemming from an altercation that went down between the two of them, according to TMZ Sports.

The reports says on June 11 the two got into an argument and things got physical. It apparently started when her husband, Aaron Zalewski, heard someone on her phone call her ‘babe’. They wrestled for the phone and Zalewski allegedly threw her down, where she hit her head on a bedpost.

According to documents obtained by TMZ Sports, Palmer said he told her to pack her bags and leave, but then would not let her leave. Then Palmer says that he threw her down a second time, this time he allegedly pushed her head down into the mattress and shoved his knee into her back. Palmer explained how she struggled to breathe during that time, for two minutes. Palmer managed to escape and called the cops. Zalewski was arrested for spousal battery, criminal threats and attempted murder.

Another interesting thing to note from the report is that Palmer says during the altercation Zalewski kept scratching his own arms and saying, “Why are you making me do this? I just wanted you to love me.”

The case is with the L.A. City Attorney, who will be the one to decide if Zalewski will be charged. We will keep you updated on the details.