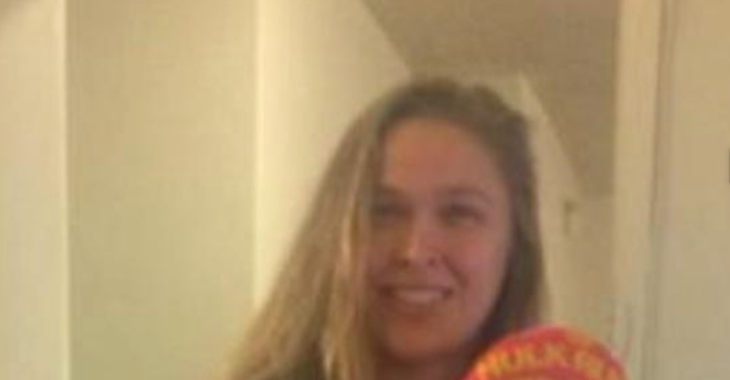 Hulk Hogan is still feeling the pain of being dumped by the WWE, because of an old rant filled with N-words surfaced online, and has stayed out of the media.

He posted a pic of UFC champ Ronda Rousey holding a stuffed version of himself and captioned it with “The best hug i have ever had,Now I feel really safe,only love 4 Rhonda ,HH”

The best hug i have ever had,Now I feel really safe,only love 4 Rhonda ,HH pic.twitter.com/2Lh0jLg2e1