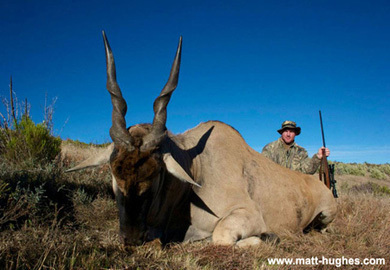 “They can think whatever they want. But as far as, by the law, I’m right. You can’t see anything in the Bible [that says I’m wrong]. By the law and by the Bible, I’ve not done anything wrong. And if I haven’t conflicted with either one of those, I can live my life the way I want to. That’s my answer. When you go to Africa, I had to pay to shoot these animals. But, when you kill an animal, you get the hide and the horns. All the meat stays with the outfitter and it feeds the people there. So I wasn’t entitled to any of the meat. I shot six animals: kudu, gemsbok, eland, red hartebeest, black wildebeest, blue wildebeest. [My son] shot a kudu, gemsbok, zebra, impala, and bushbuck. So, we had a great time. It was a great bonding moment. He’s 13 years old, so of course he’s never going to forget this. And he can’t wait to go back to Africa sometime.”

While on the show he discussed the hunting practices he and his family employ when on vacation to such places like the continent of Africa.

Hunting is often frowned upon by much of humanity, however in this statement Hughes defends his right to shoot animals for trophy sport and cites the law and religion for reasons why he sees no wrong doing.