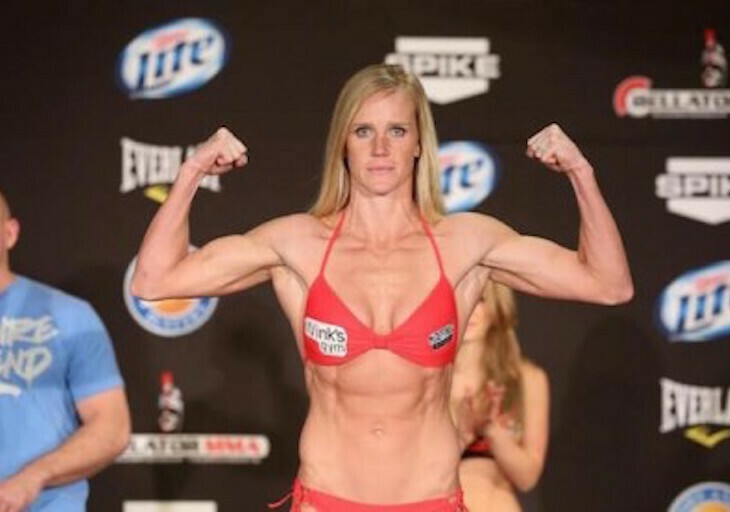 Holly Holm has yet to make her UFC debut, but is a very highly touted prospect in the women’s bantamweight division.

Holm is nearly cleared to fight again after a neck injury forced her out of her UFC debut in 2014. With her UFC debut on the horizon, Holm spoke about Ronda Rousey, and why she is beatable.

“There’s a lot of pressure, but I’m going to take it and embrace it. If no one was talking about me, that means maybe they didn’t think I was going to do anything great. I have a lot to prove. I want to just take this fight and not look past it, because every fighter is a threat.”

How do you think Holm would fair against Rousey?