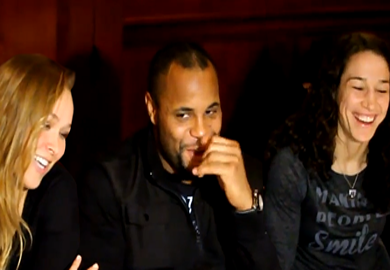 For the first time in UFC history, three undefeated Olympians enter the Octagon on the same day trying to defend their perfect win streaks. Two-time former Wrestling Olympian, Daniel Cormier, Olympic Freestyle Wrestler, Sara McMann, and Olympic Judoist, Ronda Rousey are all set to battle it out on February 22nd at Mandalay Bay Events Center in Las Vegas, Nevada. But did you know this isn’t the contenders’ first time competing at the same event? These star athletes’ first debut together took place at Thomas and Mack Center in Las Vegas, Nevada for the U.S. Olympic Team Trials, competing in Wrestling and Judo on June 12-15, back in 2008.

Below are Comier’s, McMann’s, and Rousey’s results from the 2008 Olympic Team Trials, as provided by TeamUSA.org

One thing we know for sure, when these competitors leave the arena on February 22nd, at least one of their flawless records will be but history.