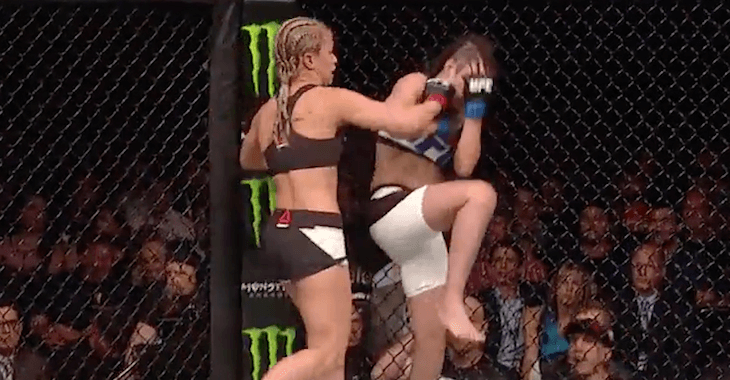 At UFC 191 a lot of questions were being asked about Paige VanZant. When will she fight for the title, is she the next mega superstar and so on.

However, one thing a lot of people weren’t unsure about is whether VanZant would get past Alex Chambers.

Going into the fight VanZant was a major favorite and she didn’t disappoint, dominating Chambers from the start to the finish, when she locked in an armbar in the third round.

VanZant is now 3-0 in the UFC. Who do you want to see her fight next?

‘Check out how Paige VanZant was able to secure another victory; this time against Alex Chambers.’