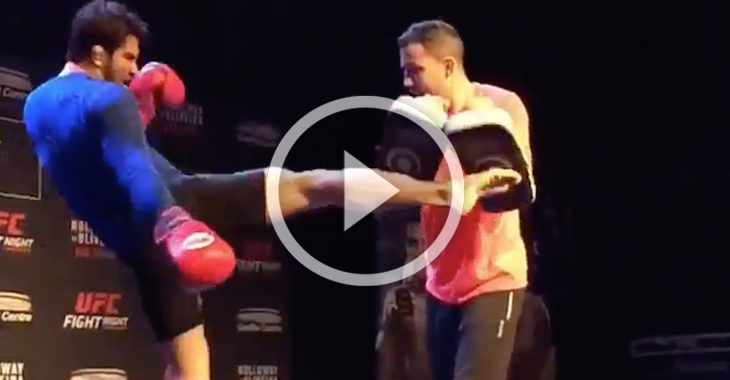 This Sunday, August 23, fighters from around the world will square off on FOX Sports 1 as part of the “UFC Fight Night Saskatoon” event.

Hawaii’s Max Holloway will try to earn another shot at Conor McGregor in the night’s main event against Charles Oliveira.

Also on the card, a co-main event between Erick Silva and Neil Magny, and a featured bout between Patrick Cote and Josh Burkman.

As part of the pre-fight media rounds, fighters from the card took part in a media workout this afternoon, just north of our borders.