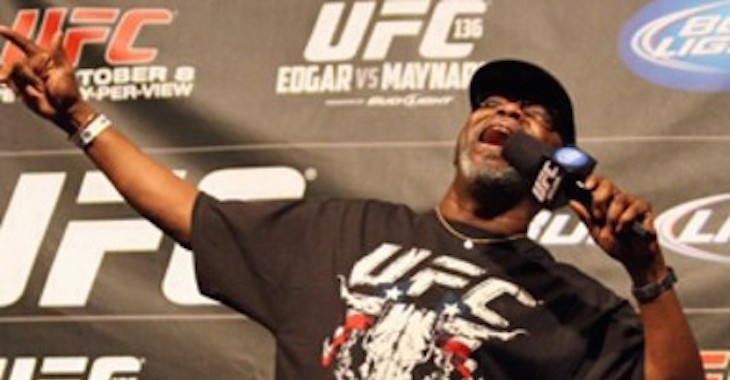 The former UFC employee and ‘Babysitter to the stars’ Burt Watson is now with Cage Fury Fighting Championship.

Watson left the UFC all of a sudden when an altercation occurred between himself and an executive, who questioned his practices and methods.

Watson was with the UFC for 14 years before leaving and when he did the MMA world went nuts. All the fighters came out with words of thankfulness and appreciation.

Watson will be apart of Cage Fury Fighting Championship who will hold events mostly in Pennsylvania, which is Watson’s home town.