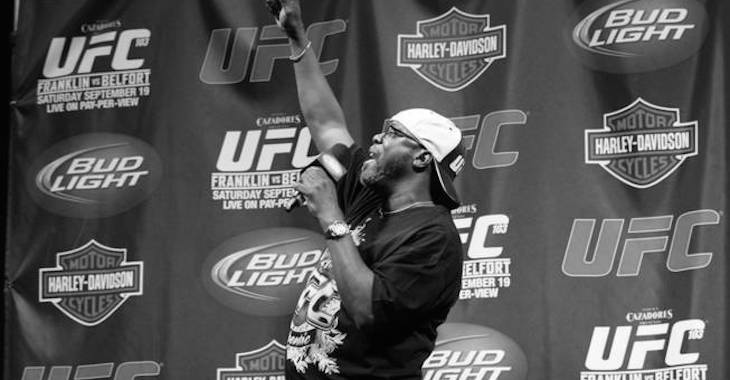 Burt Watson will forever be known as the “babysitter of the stars”. He was one of the most important backstage officials at UFC event and organized everything from fighter weigh-ins to their walkouts before their fights.

When he chose to leave the UFC, the company needed to hire eight people just to fill the void that he left.

Watson was quick to get back in the “babysitting” side of mixed martial arts when he signed a deal with Cage Fury Fighting Championships. He plans to be a new staple with the company and assures his fans that it isn’t just a cameo.

“It’s not a cameo,” Watson told MMA Junkie. “They’re having seven to eight shows this year, and next year, they’re looking at anywhere from 15 to 20 shows, possibly. That’s a pretty nice, aggressive schedule, and they’re thriving to get to another level. That’s exciting for me.”

While UFC needed to replace Watson with eight people, the job was eventually fulfilled and the show went on without him. It was business as usual with the UFC as they needed to get the job done, but Watson missed the hard work. “I’m a grunt. I like rolling up my sleeves, and I like when people want to get in the mix.”

In the end, Watson is happy to still be in the spotlight helping his co-workers as much as he can. “I’m enjoying still being relevant.”