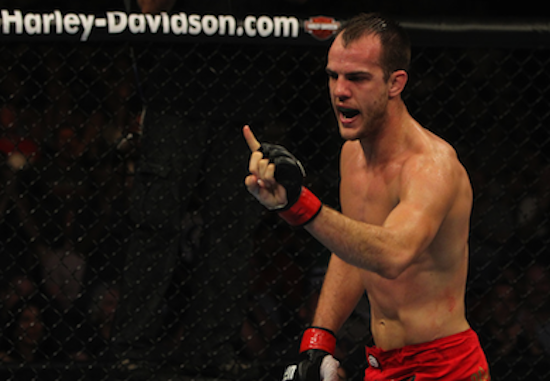 Since the UFC announced the signing of former WWE champion CM Punk, many fans, and fighters, began giving their thoughts of the signing.

Some believe signing CM Punk, real name Phil Brooks, will be great for business, while others believe he isn’t qualified to be in the Octagon.

“I think he’ll do very well. I don’t think he’s trying to make a 10-year career out of this. But he’s going to shake things up, whoop some ass and prove a lot of people wrong. I expect him to do very well against whoever they put up against him.”

“I think most MMA fighters don’t have any kind of ground. Most of them aren’t good at all. Even in the UFC. There are plenty of exceptions, but when I say most, I mean more than 50 percent are nothing more than OK blue belts on the ground. I would rate CM Punk definitely above that.”

With his lack of experience in amateur MMA, or professional MMA, many are wondering why the UFC allowed Brooks a free ride into the UFC, something Miller touched upon.

“So what? Get over it. The UFC is a business and I guarantee it’s definitely into protecting its brand and business. If you think they would sign somebody that’s gonna go in there and suck and is not skilled, you’re crazy. When did you see somebody in the UFC that completely sucked? Never.”

“It’s a hating society. People come out of their shell and s*** on whoever the first chance they get. People want to write that pro wrestling is fake. Pro wrestling is not fake. It’s pre-determined. The guys at the highest level have to have an indomitable spirit.

“You think someone like him is going to just make a mockery of themselves in another area?. This guy was the best wrestler in the world. He’s not gonna go into the UFC to lose, I promise you.”